I haven’t told my daughter about the Chapel Hill shooting

I haven’t told my eight year old daughter about the Chapel Hill shooting.

I don’t want her to know that Muslim college students who are model citizens, work hard, and do everything right are still at risk of being murdered in cold blood by their neighbors. 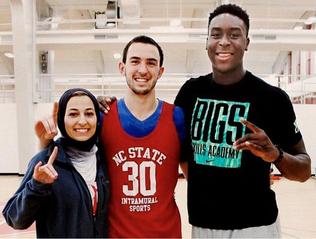 I want to conceal from her as long as I can, that basketball-playing, all-American, joyful young Muslim college students are at risk of being executed in their apartments.

After being murdered, these community volunteers who devote themselves to the poor and the needy, are blamed. They used a parking spot. They laughed and talked in their own home. They wore clothes that reflected their faith.

This young radiant couple and the young wife’s sister – ‘best third wheel ever,’ Deah called her – had a bright future and they looked toward a better world for all of us.

What was their fault? What did they do to be executed?